This is a story of collaboration and a testament to what can be achieved through partnerships and shared values. These values have created the foundation on which we have been able to foster innovation, creativity, sustainability, artistry and city-building.

Our partnership with Allied and BIG began with TELUS Sky in Calgary. Today, we are building upon the relationships we have formed to expand our work and bring a new project to Toronto, with even greater ambition.

Westbank is a practice dedicated to the creation of beauty, in all forms and in the broadest definition. As we have grown the category of a developer has become too narrow to contain the essence of our practice. We are not motivated by the same things as a developer, our values are different: we invite collaborations with cultural pioneers, showcasing their work and allowing it to inform and influence our projects. We strive to develop relationships with creatives so that we function as patrons of their art, rather than as consumers of artistic services. We embrace our eclectic nature, broadening our interests and seeking out willing collaborators in art, culture, music, fashion, technology, sustainability, and architecture, while taking on projects at every scale, from the micro to the macro level. We are and have always been a practice seeking to make meaningful contributions to the cities in which we work and we see the creation of beauty as the means to this end. Through these and other endeavors, we have come to realize that too often, beauty is mistaken as a luxury, an option or an accessory, when we have never seen it as anything less than essential. Recognizing this, we have taken it upon ourselves to fight for it; to create it, to foster it and to celebrate it. In committing our efforts fully to this end, we have evolved beyond the definition of a real estate development firm, to become a culture company.

Allied operates first and foremost on the principle that real estate is a profoundly human business. Our properties are run by people for people, and we’ve built our portfolio to better serve the people who use our buildings. In 2003, we went public for the express purpose of consolidating high- quality workspace, enabling us to become a leading owner, manager and developer of urban office properties in Canada. Our commitment to distinctive urban workspace is founded on a clear value proposition: well- designed, centrally located, distinctive and cost-effective workspace that adds value, socially, culturally and economically, for our users and for the communities and the cities in which our buildings operate. We believe that each building represents an investment in the community and recognize that the strength of a neighbourhood, as well as the performance of buildings within it, are inextricably linked. Allied is also a product of its history and its business environment. Increasingly, the single most important element of our business environment is urban intensification. Canadians are living and working downtown in greater numbers than ever before. The future of Allied is in the future of urban workspace. It involves the continued consolidation and mixed-use intensification of distinctive urban office properties, sensitivity to design and collaboration, each of which are integral to our success and also add value – economically, socially and culturally. We are committed to creating urban office environments that enrich experience and support the success of our tenants, while contributing vitality to the urban fabric of our cities.

BIG is a Copenhagen, New York and London based group of architects, designers, urbanists, landscape professionals, interior and product designers, researchers and inventors. The office is currently involved in a large number of projects throughout Europe, North America, Asia and the Middle East. BIG’s architecture emerges out of a careful analysis of how contemporary life constantly evolves and changes. Not least due to the influence from multicultural exchange, global economical flows and communication technologies that all together require new ways of architectural and urban organization. BIG believes that in order to deal with today’s challenges, architecture can profitably move into a field that has been largely unexplored. A pragmatic utopian architecture that steers clear of the petrifying pragmatism of boring boxes and the naïve utopian ideas of digital formalism. Like a form of programmatic alchemy, we create architecture by mixing conventional ingredients such as living, leisure, working, parking and shopping. By hitting the fertile overlap between pragmatic and utopia, we architects once again find the freedom to change the surface of our planet, to better fit contemporary life forms. 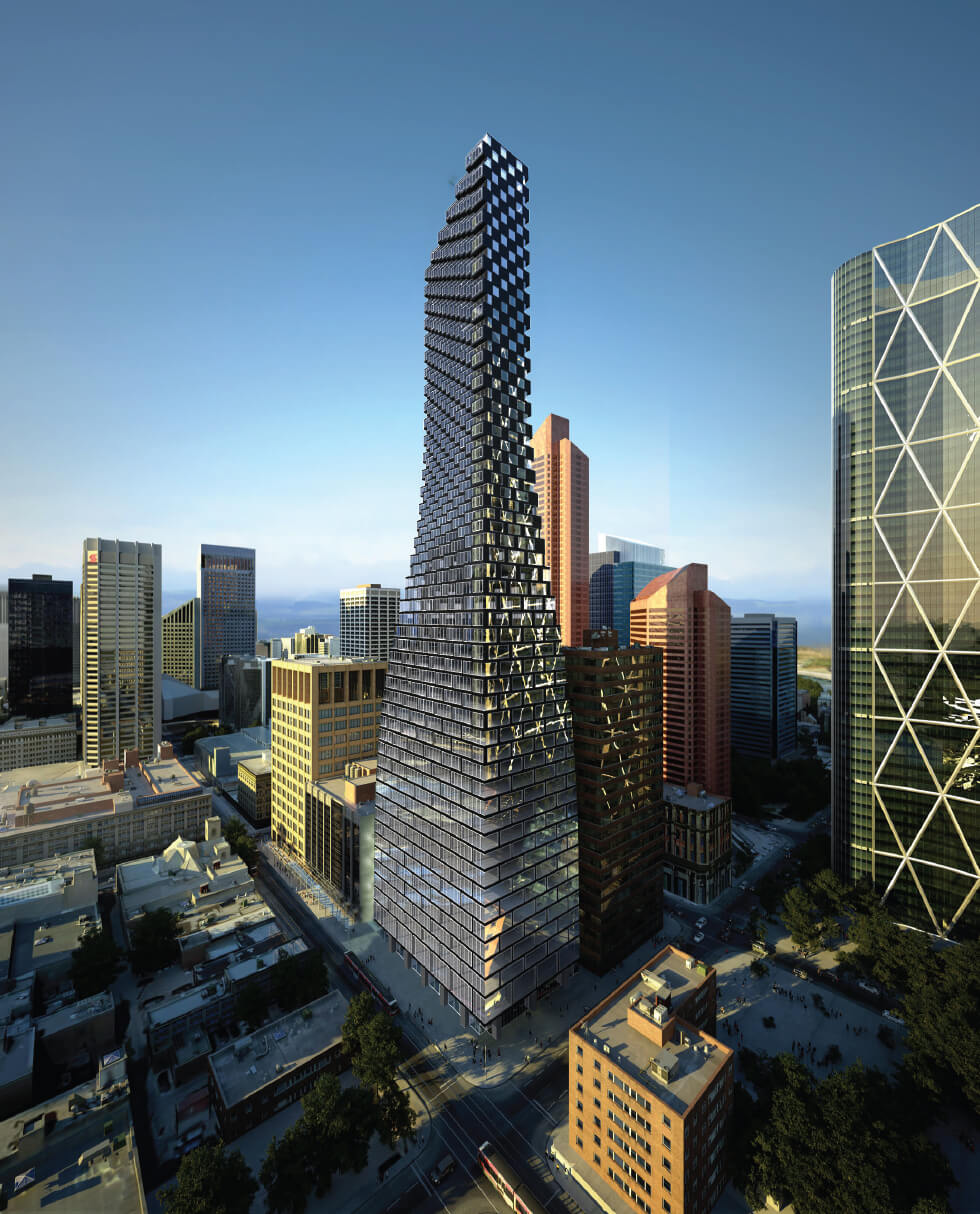 Bjarke Ingels founded BIG Bjarke Ingels Group in 2005 after co-founding PLOT Architects in 2001 and working at OMA in Rotterdam. Bjarke defines architecture as the art and science of making sure our cities and buildings fit with the way we want to live our lives. Through careful analysis of various parameters from local culture and climate, ever changing patters of contemporary life, to the ebbs and flows of the global economy, Bjarke believes in the idea of information-driven-design as the driving force for his design process. Named one of the 100 Most Influential People in the World by TIME Magazine in 2016, Bjarke has designed and completed award-winning buildings globally.

In 2011, Wall Street Journal named Bjarke the Innovator of the Year; he received the Danish Crown Prince’s Culture Prize in 2011; the Golden Lion at the Venice Biennale in 2004; and the ULI Award for Excellence in 2009. Alongside his architectural practice, Bjarke has taught at Harvard University, Yale University, Columbia University, and Rice University and is an honorary professor at the Royal Academy of Arts, School of Architecture in Copenhagen. He is a frequent public speaker and continues to hold lectures in venues such as TED, WIRED, AMCHAM, 10 Downing Street, the World Economic Forum and many more. In 2018, Bjarke was named Chief Architectural Advisor by WeWork to advise and develop the firm’s design vision and language for buildings, campuses and neighbourhoods globally. 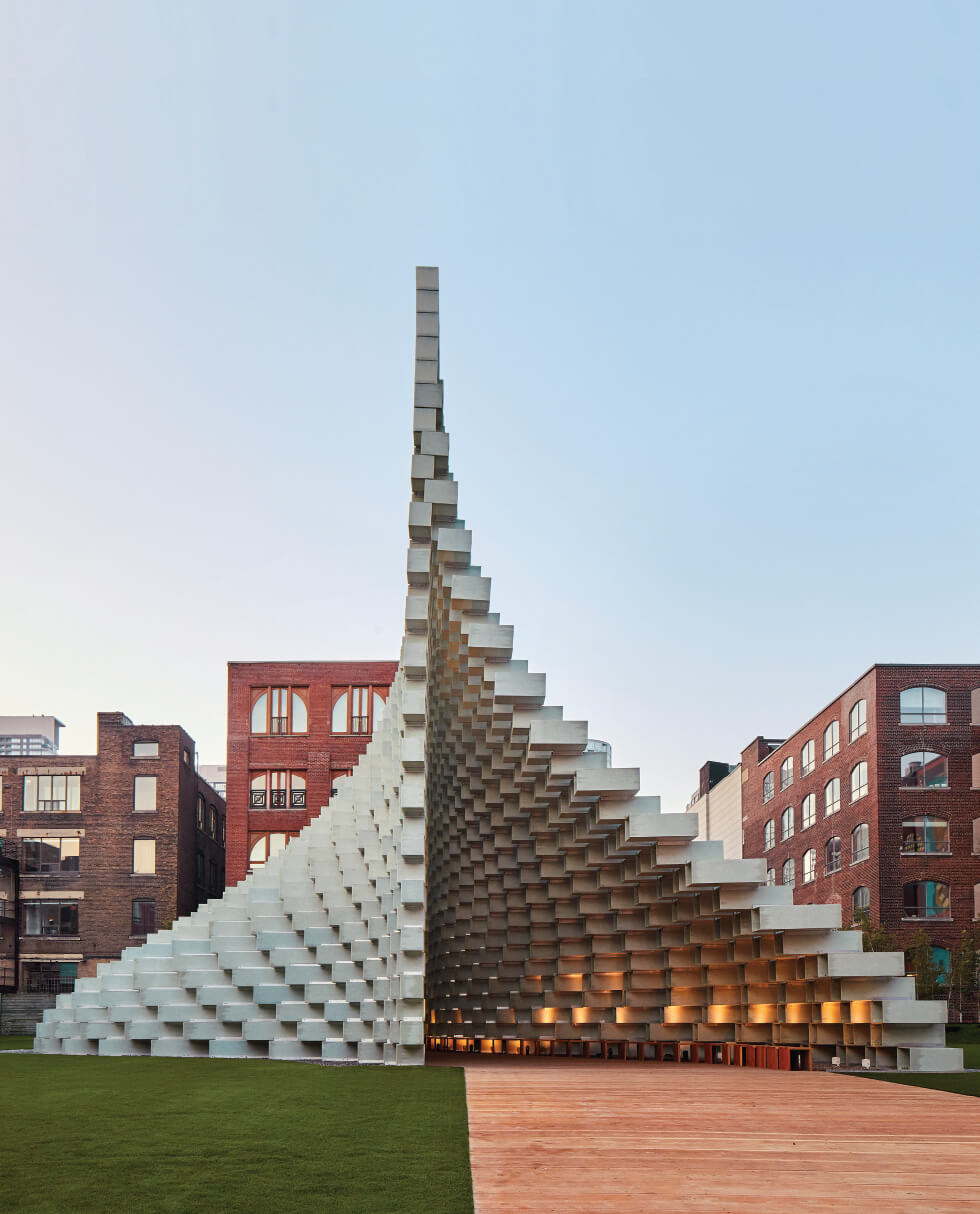